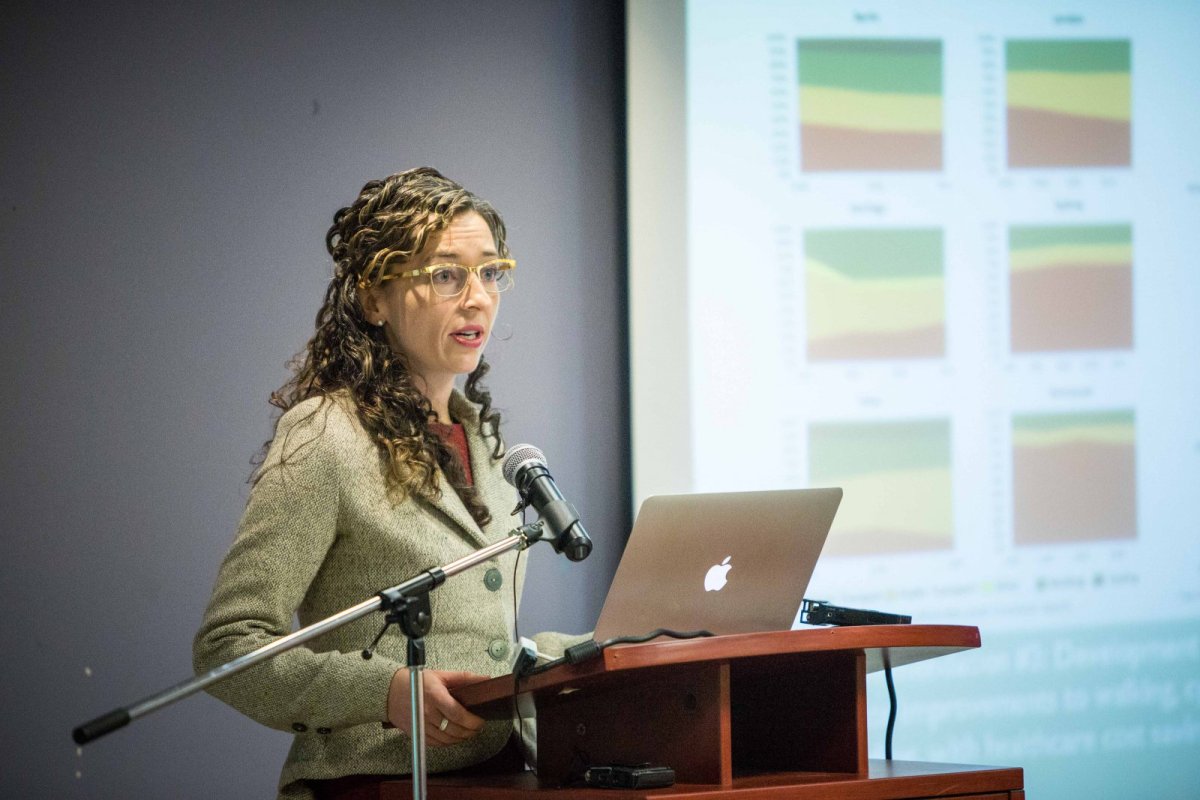 *Reprinted with the permission of National Observer

Canada, the UK and partners announced a global alliance to phase-out coal power at COP23 in Bonn, Germany. It was an honour to speak on behalf of the health community at the launch, as coal-power phase-out is a key recommendation of the 2017 Lancet Countdown Report and the Countdown’s associated UK brief, as well as the Canadian Brief which I co-authored on behalf of the Canadian Public Health Association.

Phasing out coal is about reducing the 44 per cent of global carbon dioxide emissions due to coal—and the trauma, displacement and heat-related deaths associated with severe weather events due to climate change. It’s about a future with less burns and cough-inducing smoke clouds from wildfires, less conflict and migration, and less undernourished children.

Health professionals worldwide are beginning to treat climate change with coal phase-out.In Canada, organizations such as the Canadian Association of Physicians for the Environment and the Canadian Public Health Association have been key contributors to coal phase-out commitments in Ontario, Alberta and Canada-wide.

Earlier at COP23, the World Health Organization Director General, Dr Tedros Adhanom, repeated his commitments to make action for a healthy climate one of the four priorities of his presidency, and met with myself and other members of the Global Climate and Health Alliance to discuss collaboration on both adaptation and mitigation work in service of health.

At the Global Climate and Health Alliance Summit, held in association with the World Health Organization, we spoke with health professionals from across the world, including medical students, to teach them what advocacy techniques work and who they need to partner with in order to support coal phase-out in their home countries. With income being a major social determinant of health, health professionals believe that active support of workers is key to a just and healthy transition.

The health professions are late to the climate fight, but we learn fast, we don’t need a lot of sleep and we’re used to dealing with crisis.

As we move forwards towards actioning the coal phase-out in Canada and beyond, health professionals will be looking to see as much coal as possible replaced with renewables as opposed to natural gas. An increasing proportion of natural gas in Canada is being produced via hydraulic fracturing—for which increasing studies are demonstrating negative impacts. One assessment of the peer-reviewed literature on the impacts of hydraulic fracturing found that 84 per cent of studies on public health, 69 per cent of studies on water and 85 per cent of studies on air pollution found concerning findings. A direct transition to healthy, low-carbon energy should be our goal.

The health professionals of the world are applying the skills they’ve learned from treating people—to work to resuscitating the planet.

COP23 has seen new initiatives, new alliances, and new skills created. In partnership with the global health community and our decision-makers, I’m looking forward to treating the climate with coal phase-out and moving forward to a healthier planet. 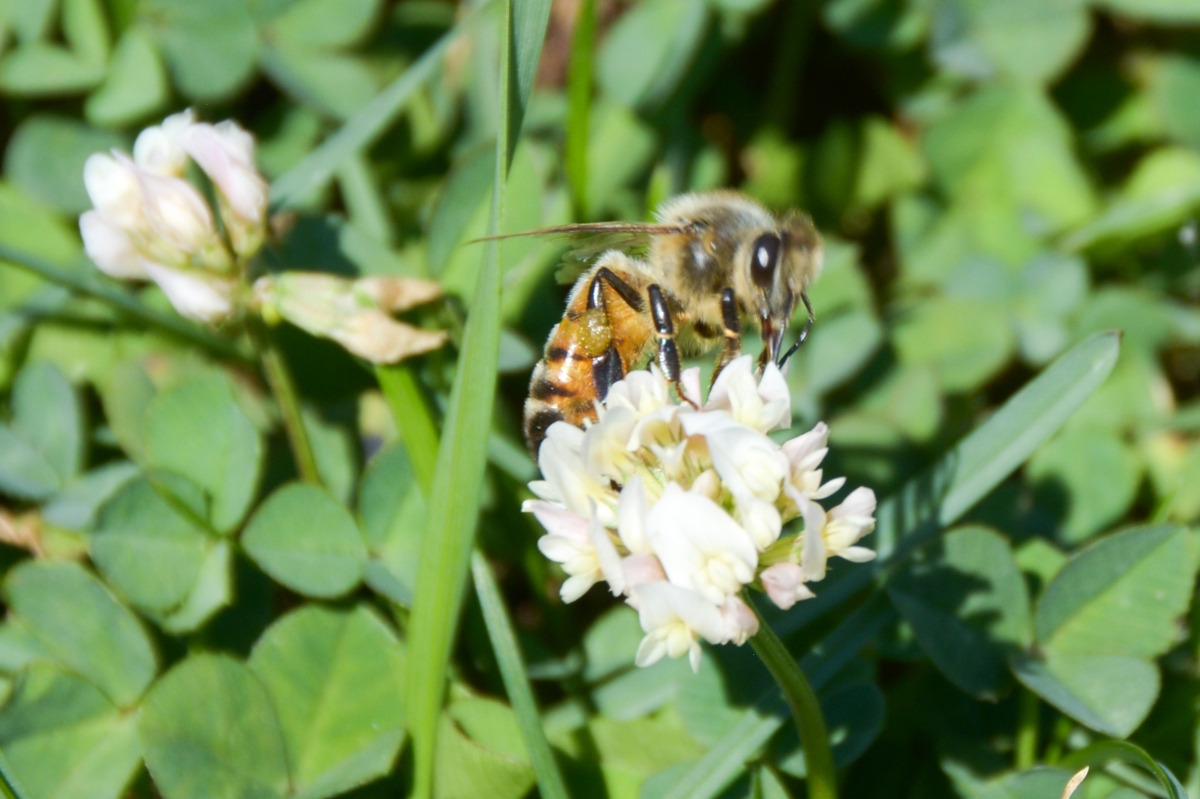 Governments around the world must ban neonic pesticides without delay.  This is the message of the Task Force on Systemic Pesticides (TFSP) which released the second edition of the report, Worldwide Integrated Assessment of the Effects of Systemic Pesticides on Biodiversity and Ecosystems in mid-September.

The new report, which captures more than 500 scientific studies published since the first TFSP report was published in 2014, finds deeper and broader evidence of harm to ecoystems around the world due to neonic pesticides  It reinforces the conclusions of the earlier report: neonics, and the closely related pesticide fipronil, represent a major threat to biodiversity and ecosystem services.

Neonic pesticides are systemic pesticides that become absorbed into all of the tissues of a plant; the stem, leaves, flowers, and pollen.  Introduced in the early 1990s, neonics are the most widely used insecticides in the world today.  The new TFSP report confirms that chronic exposure to very low levels of neonic pesticides increases the death rates of living organisms.

The report documents a broad array of harmful impacts on bees including reduced rates of reproduction and bee colony growth.  It provides greater evidence that systemic pesticides harm a number of beneficial animals including worms that help recycle nutrients in the soil, aquatic insects that recycle nutrients in water systems, insects that prey on crop pests, insects that pollinate plants, common birds, and bats.  In other words, these pesticides are undermining the ecosystems upon which all life is dependent.

Eight different neonic products are registered for use in Canada.  In November 2016, Health Canada’s Pest Management Regulatory Agency (PMRA) proposed phasing out the use of one of the eight – imacloprid – over a three to five year period.  It has also initiated special reviews on two of the other neonics that are widely used in agriculture – clothianidin and thiamethoxam.

The European Union imposed a moratorium on several neonic pesticides in 2013. In July 2015, Ontario became the first jurisdiction in North America to limit the use of neonics for agricultural purposes.   This year, France passed a new law to ban all agricultural uses of neonic pesticides starting in September 2018.  Let the Federal Minister of Health know that she should accelerate the phase-out of imacloprid and all other neonic pesticides that are registered for use in Canada at: Ginette.PetitpasTaylor@parl.gc.ca.